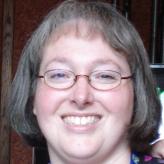 Interview by Magali Lehane and Gaëlle Carrion on August 31, 2009 for Univers-L.com

Can you tell us about your career (studies, training, previous projects…) ?

RENEE OLBERT : Well after many years of working in the realm of international espionage and being an all-round international woman of mystery I decided I was ready for a change…So I returned to my first love which is performance!  I too attended theatre school, which is where I met the lovely and talented Rosemary Rowe!  I have worked as an actor in theatre, tv and commercials.  I’ve also had gigs as a producer and assistant director.

ROSEMARY ROWE : I’ve been a playwright for a long time and I went to theatre school for directing as well, many moons ago. Simone is my first real foray into “moving pictures”, though – I’ve mainly done theatre. I think my last big project before Seeking Simone was a theatre cabaret called Anne Made Me Gay: When Kindred Spirits Get Naked, which we did to celebrate the 100th anniversary of my favourite book, Anne of Green Gables. It was a huge hit! Turns out Anne made a lot of us gay. I was not at all surprised.

Have you ever worked together before Seeking Simone ?

ROSEMARY : Yes! We actually met years ago in theatre school and have worked on a number of theatre projects together – mainly plays I wrote and mainly projects where I make Renee kiss other girls. So, you know…it’s a theme. A girl-on-girl action theme.

RENEE : A theme I love so much I keep coming back for more! Time and time again!  This is the first time, however, that we have worked on a project of this magnitude together.  Rose and I have been talking about creating something together for many years.  It is really exciting that we were finally able to make our dream a reality and that it has been received so well by our audience.

Can you tell us about your roles : who’s doing what ? Was it easy for you to divide up the different tasks?

ROSEMARY : Well, Renee’s an actor and I’m a writer – so those initial roles were pretty easy to decide on. Dividing up the rest of the work came pretty easily too, really, because we basically share a hive mind.

Sometimes one of us had expertise or contacts in a certain area – other times geography dictated that one of us be in charge of something (we live on opposite sides of the country!). Because we shot in Toronto, where Renee lives, she ended up having to do a lot of the legwork find locations and equipment; because my wife Kate and I are web nerdz, we ended up doing the website and blog and other online stuff; Renee and I shared the work of casting and finding the crew and scheduling everyone and promoting the show and all the other fun things producers get to do.

RENEE :  Yes! Rosemary and I are very fortunate because we work very well together and our skill sets really complement each other.  When you embark on a project like this it’s essential that you gel with the other people involved.  Sometimes Rose and I scare ourselves with how similar we can be… then we stop, give each other a high five and move ON!

How did the idea of Seeking Simone come to you? Who is at the root of this project ?

ROSEMARY : We both were! We’ve been talking about doing some kind of a project together for far too long and a web series seemed like a great way to put our meager money where our mouths were and really get our feet wet making our own show. Of course, we ended up getting a lot more than our feet wet!  Which sounds…really dirty.

RENEE : It DOES sound dirty… but also so true.

How did you choose the cast of Seeking Simone ?  Did you hold auditions?

ROSEMARY : Actually no – we are just lucky to know a lot of really talented actors who were willing to help us out. Most of them had worked with at least one of us before. I had made most of them kiss other girls already, so they knew what they were in for. And they still said yes. Suckers!

Why did you pick the online dating subject ? Any bad experiences about that ?

ROSEMARY : We chose online dating because it really has it all – the search for love, the thrill of victory, the agony of Hammertoes…plus, you get to meet new characters all the time, so the potential for sexiness or comedy or both is endless.  Personally, I’ve had great success with online dating so I’m always trying to get my friends to try it. And some of them do. And THEY have bad experiences. And then we steal their stories for the show.

RENEE : I have never tried online dating! But I would like to think that I would give it a try… Although I think I would be a lot like Simone and need a lot of encouragement from a dear, close friend to get me to be brave enough to do it.  I’m just a shy gal at heart ladies!

Why did you broadcast the series on the Internet ?

ROSEMARY : Because all the cool people are on the internet.

There’s a lot of new Lezb-series (lesbian webseries) on the Internet. What, in your opinion, is at the root of this trend?

RENEE :  I think it really comes down to visibility.  The LGBT community still struggles to find a voice and a presence in mainstream entertainment.  We as a community want to experience stories that speak to us, that represent us and most importantly entertain us.  That’s why this the era of the Internet is so exciting. We are entering a brave new world where the Internet has given people the opportunity to reassess where they seek out their entertainment.  Now it is possible for people equipped only with a camcorder and a dream to create some really exciting art.  I believe that the lack of entrenched old-school ideas and lack of established boundaries on the web makes it an ideal place for those in marginalized communities to create art and grow their audience.  The powers that be have continually told our community that there isn’t a viable place for them in mainstream media.  So we have, in increasingly large numbers, turned to the web where we have found a home and MOST importantly have found an audience.

Do you have any financial support from the outside or do you finance the webseries all by yourselves?

RENEE : Haha… does rubbing the magic genie we bought at a garage sale every night before we go to sleep count as financial support from the outside?!?!  It doesn’t? Then the answer is no! We have self-funded the series so far but it’s our goal to have sponsorship from outside sources in the near future.  So, you know, if you know anyone with a lot of money – you know where to find us.