Interview with Will Conlon 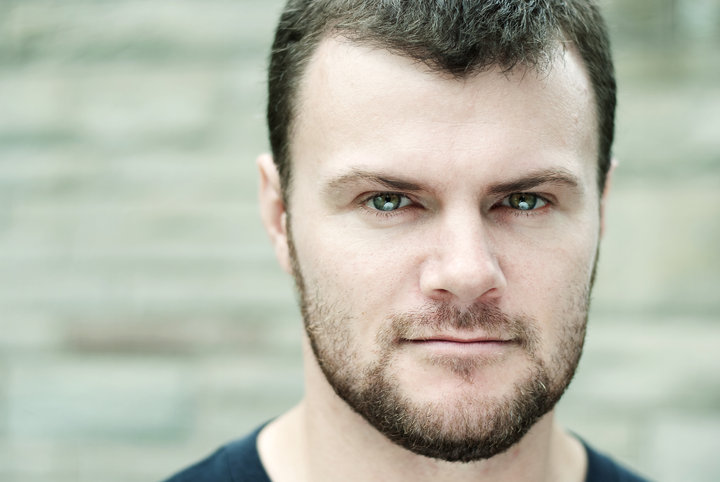 How did you end up playing a lead role on this webseries?

I knew the writer/director Jason Leaver for many years and we finally worked together on a short film called Mobius about a year ago. While filming he told me about the idea he had for Out With Dad and  I was very intrigued by the idea. I asked him if I could read the script when he finished it and a few months later he let me do that. I fell in love with the story instantly. I told him I really wanted to be involved in whatever way I could but there was some concern that I may be too young to play the dad, even though both Nathan and I are the same age. I offered to grow a beard to make myself look a bit older and he decided to let me audition last February. I got a call back after my 1st audition and read with Kate Conway (Rose) who was just casted and got the call the very next day(during the first period of the final Canada/US  Olympic hockey game) that I would be playing Nathan. I was very excited and surprised.

Can you tell us about your career (studies, training, previous projects…)? Have you always dreamt of being an actor?

Originally, I wanted to be an animator. I used to draw a lot and still do actually. I went to college for it and then left to pursue becoming a stand up comedian which I did for about 10 years. I loved performing arts, even before I was doing it, so yes I’d say I’ve always wanted to be an actor. I remember making little movies when I was young with cameras that back then held VHS tapes and were huge and we thought they were the coolest thing. My friends and I loved watching our favourite shows and movies then re-enacting them with our own spin. I actually have no official training as an actor or performer, except for my years as a comedian and watching as many movies as my eyes could handle. As far as previous projects go I did a show low budget shorts that never really went anywhere, but then just over a year ago I did a short film called “Mobius” which was also directed by Jason Leaver. He was doing it as an art installation for Nuit Blanche in Toronto and asked me if I’d like to be in it. It was an amazing experience and I had a blast doing it and was looking forward to working with Jason again. It was during the shooting of Mobius that Jason mentioned his upcoming project, Out With Dad.

What seduced you in this webseries? And especially in you character, Nathan?

Well, when Jason Leaver first mentioned Out With Dad, I was intrigued as it sounded like a great idea for a story. I didn’t know at that time if I could or would be a part of it as I knew very little, but asked Jason if I could read the script when he completed it. I think it was last Nov he let me read it and I fell in love with the overall story right away. It was so sweet and real and just had a great feeling to it. I knew I wanted to be involved however I could, but I didn’t think I’d be old enough to play Nathan. Originally I think Jason wanted someone closer to 40 to play Nathan, and I, being 34 at the time, wasn’t quite there yet. Also, I actually look younger than my age which didn’t help. But I decided I had to go for it. When I read the script Nathan reminded me of the type of father I would be; very supportive but constantly grasping at the right thing to say because he just loves his daughter so much.

What do you have in common with Nathan? And not in common?

I think what I have in common with Nathan mostly is that he tries every day to be a good person. He is at hi score a genuinely loving guy who really wants the best for not just his daughter, but everyone around him. And also like him, he gets frustrated when he feels he can’t fix a problem. I can definately realte to that. As far as what we don’t have in common ? Well I’m much better looking than Nathan. Seriously though, the main thing is I don’t have children so I can’t relate to him in what it’s like to be a father, although I do bring my own perspective when playing him based on fathers I know and how I feel about young people in my life, whenever it’s my friends or family.

The relationship between your character and his daughter Rose is very interesting: Nathan is discerning and understanding; and he encourages Rose to be herself as well. Was it important to you to play a character, which react such positively to his daughter’s homosexuality?

Absolutely!!! That’s one of the main reasons I liked Nathan so much and the story for that matter. I like how the possibility of Rose being gay doesn’t even phase him. The only goal Nathan has is for his little girl to be happy. I really think that should be the goal of any parent regardless of their child’s sexual orientation, beliefs, interests, etc. As long as we know our children are happy, safe and have self respect that’s what is most important. I think a lot of young people who are gay find it extremely difficult to come out to anyone, but their parents maybe the most difficult. I think it should be the other way around-it should be the parent that the child is least afraid to tell anything to because they know the parent loves them and will support them no matter what…ok now I do sound even more like Nathan. Unconditional love is the key here I believe.

Until now Nathan seems to be the archetype of the perfect dad: loving, caring, understanding, open-minded, and modest. In your opinion, is it possible that he lose both control and his mind in the next episodes?

Losing his mind would be fun. I’ve always wanted to play a psychotic character haha. But I can’t see Nathan going off the deep end. I think the only thing that might make Nathan lose control, or his mind for that matter, is if something happened to Rose or his relationship with Rose. She is the world to him and the centre of his life. Beyond that, I can’t comment on what will be happening in upcoming episodes. Jason might lose control on me!

How do you picture the future of your character, his evolution?

Mainly, I think Nathan will need to learn to let his little girl go a bit. In a few years, Rose would be going off to university and wanting to have her own experiences without her Dad being involved so much. I believe this would be very difficult for Nathan to adjust to, but it’s something he needs to do.

Were some scenes hard to play or to shoot? Why? Which scene did you prefer to shoot?

With a cast and crew as great as the one I get to work with on Out With Dad it is very difficult to say what my favourite scene to film was. The entire experience has been fantastic. However, the favourite scene and the scene I found most difficult would probably have to be the movie theatre scene in Episode 3: Movie Night With Dad. We shot all night in a movie theatre, one of my favourite places to be., It was difficult because it was a special effects heavy scene and I was playing Nathan and his alter ego. But we had so much fun with it and I think it turned out great!

You already worked with Jason Leaver, who is not only Out With Dad’s creator, but also the one who has carried the project thanks to his enthusiasm. If you had to define his way of working with the actors, and especially with you, what would you say?

The first thing that comes to mind is his open-mindedness. Jason is always talking with us about the character we’re playing but really is just as interested in what we think, sometimes more. He really encourages me to play Nathan as I view Nathan. He has a dfinate vision of each character and who they are and he wants us to have our own vision and what’s great for me is we both have the exact same idea of who Nathan is. I love working with Jason because of the creative freedom he allows and how excited he gets about every aspect of the process of making this series. It’s truly infectious. The best part is he’s created a family not only on camera, but off camera as well.

If we consider Kate Conway, Lindsey Middleton and Corey Lof, your partners are very young on the whole. How is the atmosphere on the set? Do you give them some advice or some tricks from an “old man”?

The atmosphere on the set is always great. Even though I am the oldest one in front of the camera, I’m not the oldest one there. Most of the crew are around my age or a bit younger. But working with Kate, Lindsey and Corey has been fantastic and we’ve all become good friends on and off set. Corey and I are even currently writing a few films together and will be shooting a short film that we co-wrote in November. I mostly just like making them laugh and I love talking with them about anything and everything. I’m not sure I teach them anything but I’ve learned a lot from them about acting, and all sorts of things. The three of them are great and I love working with them.

Mots-clés : Out With Dad Will Conlon