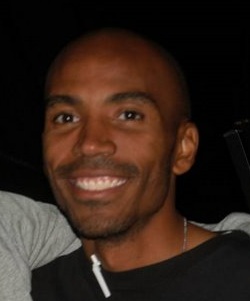 Interview by Isabelle B. Price and Magali Lehane on March 30, 2009 for Univers-L.com

How did you find the shooting area ?

This film is set in Phoenix, AZ.  As it is mostly based on our lives, it fits right in to the transition of how we came to the desert in the first place.  In a U-Haul with a car being towed on the back.  When Nitara began this film project she never considered moving to a different state to shoot this film.  She always believed that there was enough talent in Phoenix that we did not have to relocate in order to make a great film.  The weather also made this area ideal for production.  Costly rain days and terrible weather patterns can wreak havoc on indie films.  We were fortunate in that regard.  We only had one rain day where we called off the day at the jump start.  We had a second rain day where we used it as a pick-up day and shot inside the houses.

This film covered 13 locations over a period of 24 shooting days.  To find the locations for this project I enlisted the help of one of the sharpest ladies in Phoenix, Georgia Tavera.  Georgia was already involved in the indie film industry in Phoenix so she was the perfect fit to help secure locations.  She initially began working with us as a location scout/manager, but soon after preproduction began, it became evident that she would also serve the production well as a producer due to her unlimited Phoenix contacts and ability to get things done.  We began preproduction for the project on October 1st 2007 and Georgia immediately began scouting for locations.  She was aided by myself, Todd, and Jeff and before long we had all the locations lined up.

While producing films, many challenges will come up.  On our production, the first challenge and the most important challenge to get out of the way was to have two houses, and those two houses needed to be across the street from each other.  In other areas of the production, we may be able to cheat locations-use one end of the park for one scene, then use the other end of the park for another and make it look like two different locations.  But that was not an option we could use to set up the homes.  Houses can be used to identify characters.  Their likes and dislikes.  Because people spend so much time in their homes, set designers can tell the most about characters without using dialog.  In the movie The Butterfly Effect, every time Evan “flashed” to a different scenario, his environment (namely his living situation) changed to reflect the character’s mindset at that particular time.  When the character became a frat member his room and clothes changed and you did not have to spend a lot of time getting a back story about where the character was at.

The first dramatic problem that occurred during preproduction was when the owners of our two houses that Georgia found for us did not want to accept the compensation that we had budgeted for the houses.  These two houses were perfect because they would have compensated for four locations: there was a park directly across the street as well as the same street that we used to film the rain scene.  In other words, we would have been able to avoid moving the whole company in order to get our scenes.  When that plan began to falter, we began a second search for the houses.  One day while driving through Phoenix, I came upon a couple of houses that matched perfectly. They were both vacant, for sale, diagonal from each other, and fit perfectly with what the script required. So I contacted the Real Estate agents for both properties and eventually talked to the home owners and we all came to an agreement about the homes which fit in within our budget.  Once the houses were in place, Georgia and the other producers were able to find the other locations with very little difficulty.  But as you can imagine, our stress level was through the roof for a couple of weeks. 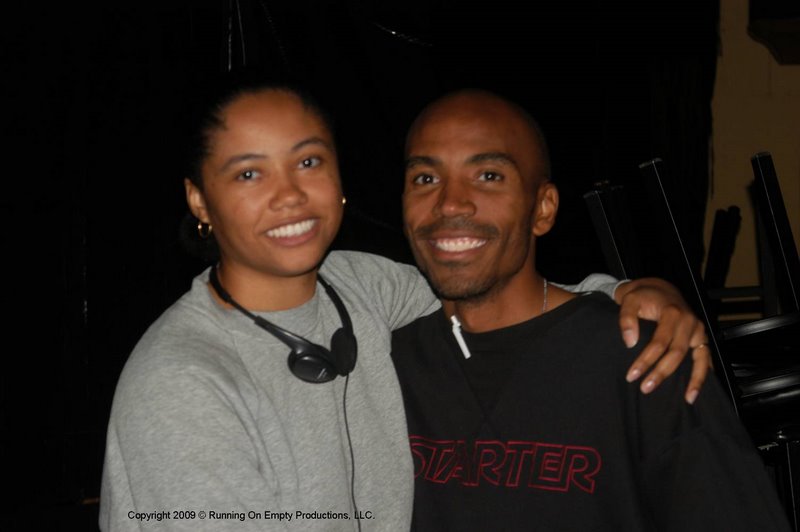 How did you collect the shooting equipment ?

Although we have a production company we do not keep production equipment on hand.  So we rented the equipment or utilized the tools the crew brought with them.  A considerable amount of our budget was utilized for equipment rental.  That’s not always the case and the budget will vary from production to production but in our case it was pretty hefty.  We utilized a production equipment van equipped with film tools from MP&E movie equipment rental.  Their van had everything in it that the production needed.  From apple boxes, clamps, lights, and cables to a generator.  Having more equipment on hand than what you need is always the best idea. It is better to have 10 apple boxes and only need 5 than to have 5 apple boxes and need 7.  If you try to save money in this area without ensuring that the cinematographer and gaffer have everything necessary to get the shots done, you may be sorry.

Can you tell us the work after the end of the shooting ?

To make sure that we are all on the same page here are the phases of a film production.  Development, Pre-Production, Production, Post-Production, and Distribution.

The Development phase for Running On Empty Dreams began in February 2006 when Nitara and I formed Running On Empty Productions, LLC.  From that point, we got our legal counsel in place, made sure we had the copyrights in order for the script, then began searching for the funding.

During the production phase, you are actually filming and getting your script “in the can!” 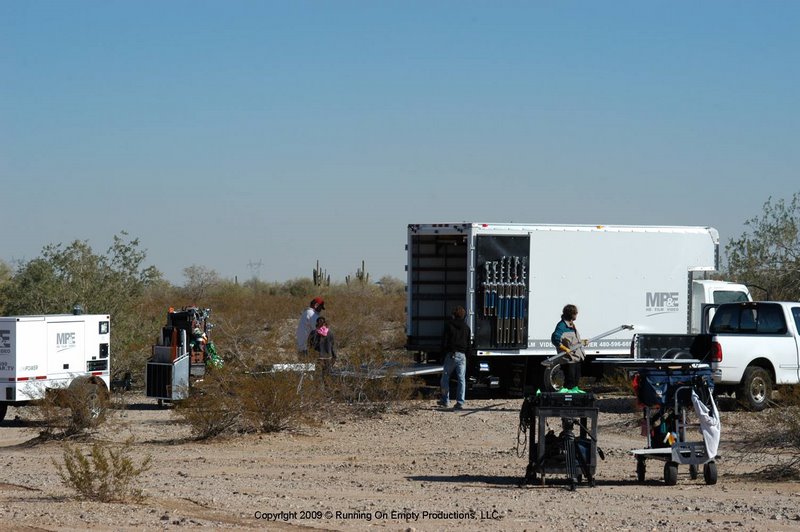 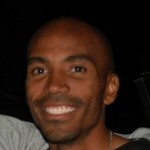 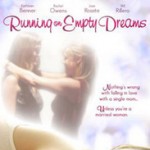 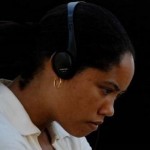